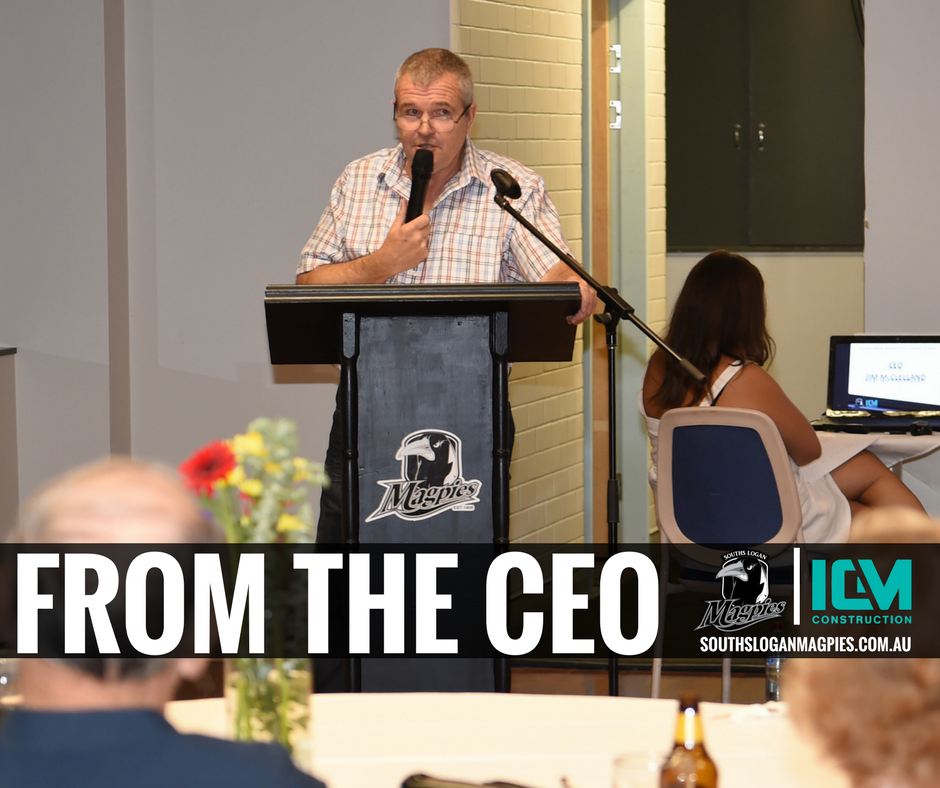 This week sees us take on the Tigers at Davies park in U20’s & Intrust Super Cup, in what will certainly be a great afternoon of Footy. Sunday’s game is a match up that sees 4th v 5th with the winner claiming bragging rights as we head towards the Finals. A massive crowd is expected at Davies Park, in what should be a great game of footy.

With our Old Boys Day and Sponsors and Guardians joining us in the Beer Booth, there will be plenty of support to cheer the boys on and I’m sure plenty of memories relived by some of the former greats of the Magpies.

Congratulations Phil and Courtney on the birth of their Son Korbin ‘Phillip John” Dennis, Phil certainly had a big week playing his 250th Intrust Super Cup game and celebrating the birth of his Baby Boy!

Exciting news on the re-signing of Head Coach Jon Buchanan. The club is very fortunate to have re-signed Jon for the next three seasons. As we all know JB is a quality coach, well respected by his players and his peers and will continue to play a very important role in the immediate future of the Magpies.

So if you’re not doing anything on Sunday, head on down to Davies Park!