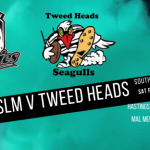 With February rolling around that means footy isn’t too far away for our four Souths Logan Magpies teams who are shaping up for the last weeks of preseason training before the trial games start next weekend.

Our ICM Constructions Intrust Super Cup team will play three trail games during the stanza, with the Black and White opening 2020 on February 15 against the Tweed Heads Seagulls at Souths Juniors, Acacia Ridge. The matchup will be a replay of round 22 last season where the Magpies were on the receiving end of a 42-20 loss at Davies Park and will be looking to get some momentum and test different combinations early in the season.

The team will also match up against old foes Easts Tigers at Langlands Park on February 22nd and then travel out to Greenbank to come up against the Ipswich Jets to round out the 2020 trails before the season gets started.

Our Global Product Search QRL Women’s Premiership team head up to Rockhampton to take on the CQ Capras on February 15 in a massive day of football at the Beef Capital being the curtain-raiser to the Brisbane Broncos v CQ Capras NRL trial game later that evening.

The girls will then return to Davies Park to take on Brothers Ispwich on February 23rd in the team’s first home game as a QRLW side and then will finish their three-game stand against the Burleigh Bears at Pizzey Park on the 29th of February.

Both our Mal Meninga U18s and Hastings Deering Colts U20’s teams will play the curtain raisers to the Intrust Super Cup teams on February 15th, 22nd and 29th against the same clubs as the senior’s team. 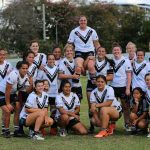 The QRL has today released the draw for the inaugural 2020 Women’s premiership which includes the Global Products Search Souths Logan Magpies in the competition.

The 8 week season will see the Magpies open up their season on the road down in Tweed Heads against long time vials the Seagulls during the opening weekend of QRLW football.

Souths will then play against Easts Tigers in round two at the spiritual home of Souths Logan, Davies Park in which will be a great day of footy with all four grades playing.

You can catch the girls here at Davies Park during the aforementioned round 2 as well as round 4 against the Burleigh Bears and Round 8 against the newly formed North Queensland Gold Stars.

If you want to support all four of the Souths Logan Magpies teams as well as get yourself some exclusive benefits, join the nest and grab a membership today starting from just $40
https://southsloganmagpies.com.au/membership/