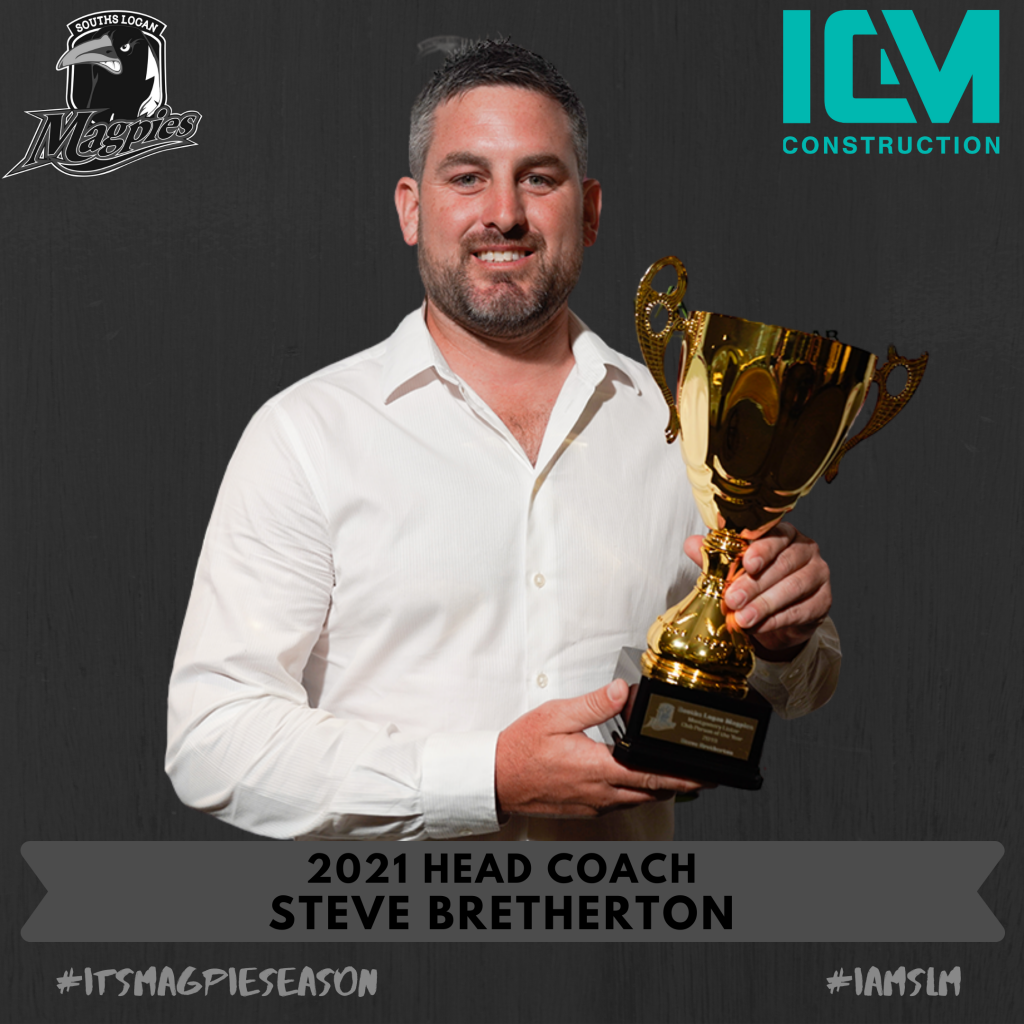 The Souths Logan Magpies are pleased to announce that Steven Bretherton has been appointed as the Head Coach of the Club for the 2021/2022 seasons.

“As a football club we are extremely keen to further define our strong affiliations with our junior teams and corridor clubs, in conjunction with the schools in our catchment, and in so doing provide the pathway that sees all  juniors aspire to one day wear the Souths Logan Magpies jersey”

The Magpies have been a part of Steve’s life for as long as he can remember, with his father Wayne coaching and playing for the Magpies at Davies Park in the 80’s

“I jokingly said at last year’s presentation night that I had no choice but to be a Magpie from birth, with my affiliation having been there for basically my whole life due to my father being at Souths for as long as I can remember.”

With the 2021 preseason less than a month away, Bretherton is looking to instil in his players the Clubs history and culture,, whilst consistently reminding the group that they need to create their own success and legacy.

“We will be reinforcing the proud history we have as a football club whilst striving to be the next group to emulate what past great teams in our 113 year history have done by achieving the ultimate goal of a premiership.”

“Everyone at the club who knows Steve is super excited by his appointment and we will all ensure he is given every opportunity to succeed in the role.”

Bretherton was appointed after a thorough interview process the club undertook to fill the Head Coaching role and McClelland is pleased with the outcome of the process.

“Replacing the incumbent coach Jon Buchanan was never going to be an easy task, and after identifying three suitable candidates for the position we felt that Steve deserved the opportunity. Our Club culture is built around development and promotion, making 2021 Steve’s time to step up and make the role his own.”

Souths Logan Magpies will start their preseason campaign in November in preparation for the 2021 Intrust Super Cup season.