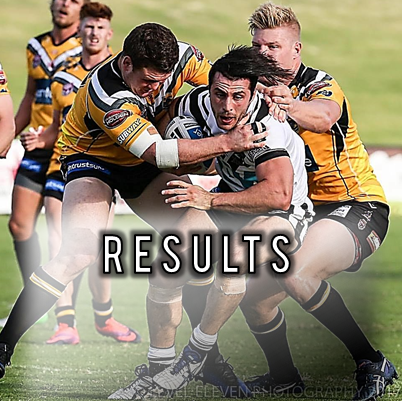 The Essential Coffee Burleigh Bears fell agonisingly short of their first win of 2017, going down 19-18 to Souths Logan at Pizzey Park on Saturday night.

The Bears trailed 18-6 with 12 minutes remaining before mounting a spirited comeback to draw the game level, only for Magpies halfback Sam Scarlett to slot the match-winner with 22 seconds remaining.

While there were some bright spots throughout the game, the result was another tight loss and it consigns the defending premiers to their fourth straight loss to start the year.

“It just seems to be where we are, at the moment,” disappointed Bears coach Jim Lenihan said after the game.

“Time and time again we’re going from one situation to another where we’re letting teams into these games.

“I think our effort in areas in good, but need to improve our effort in other areas like holding the ball and getting to the end of sets and putting pressure on other teams.”

While the game ended in heartbreak for the home side, it started perfectly for them, as they scored in just the seventh minute through Sami Sauiluma.

Souths spent much of the first half peppering the Burleigh line, only to be repelled time and again by some excellent goal-line defence.

It took some excellent sleight of hand by fullback Jamayne Isaako to create the breakthrough for the visitors.

He put Scott Doyle through a hole on the left-hand side, with winger Luke Archer looming in support to score a crucial try on the stroke of halftime.

Souths carried momentum into the second half with Daniel Tamou strolling through a big gap to score just two minutes after play resumed.

In the 59th minute, the Magpies swooped on a Burleigh error, with Archer running away to score his second of the day and seemingly put the game out of the Bears’ reach.

Burleigh were unable to find a comfortable rhythm for most of the game, with handling errors halting their momentum time and again, but with 12 minutes to go things started to click.

Co-captain Luke Page was inspiring during his second stint on the field, with some huge charges lifting the men around him.

The result was field position, and from there Sauilulma just needed the ball in his hands to power over for his second of the day.

The excitement level was lifted as suddenly the Bears had a sniff, and when they went to Sauiluma again in the 73rd minute, he drew multiple defenders and slipped a brilliant offload to Henare Wells who scored to bring the scores level.

Burleigh had the momentum, but two late handling errors gave possession back to the Magpies at the crucial moment and they made it count.

Halfback Sam Scarlett – who was impressive all game – stepped up and slotted the match-winner in the dying seconds.