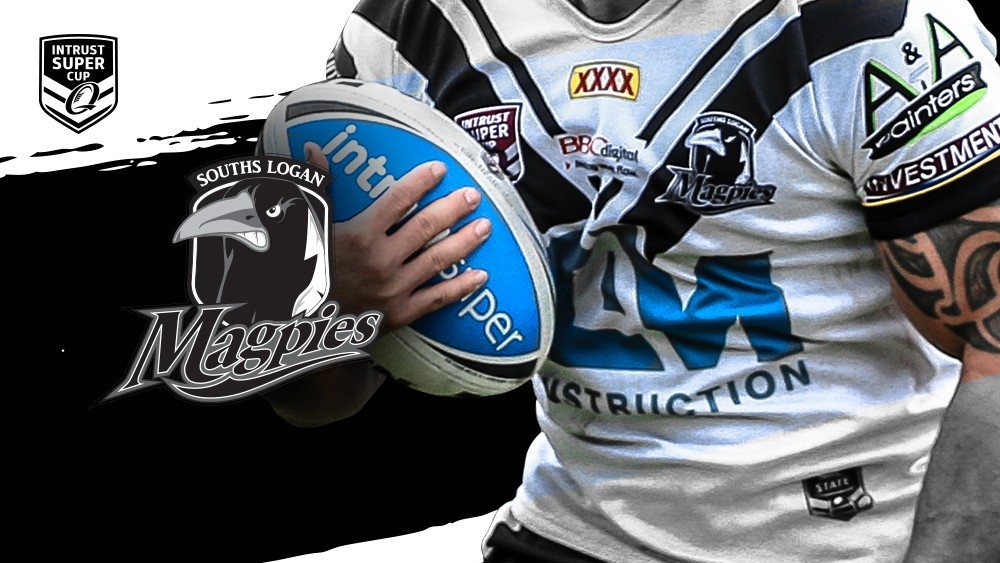 The Souths Logan Magpies signalled their intent as a premiership threat on the cusp of the Intrust Super Cup finals with a commanding victory over the QCCS Mackay Cutters at BB Print Stadium last night.Despite conceding an early lead, the Magpies never looked troubled once they hit the front, controlling a youthful Cutters outfit in their 32-18 victory.

Blooding some new talent for their final game of the season; the Cutters were eager to get stuck in and Nathan Saumalu got the hosts going early, scything through a gap in the Magpies defence to open the scoring off the back of some quick hands from his team-mates.

The Magpies response was swift as two quickfire tries had them in control of the contest, the first through Lenny Magey who found space down the right flank to score, before Sam Scarlett fooled the Cutters defenders with a show-and-go and a surprising turn of pace to dot down under the posts himself.

With momentum on their side, the Magpies set about turning the screws on the Cutters as back-to-back sets defending their own try-line saw the Mackay tacklers eventually falter, with Brendon Gibb pouncing on a perfectly weighted grubber kick to the in-goal to extend the Magpies lead further.

Souths Logan would put one more try on before the break – a freakish effort that saw Scarlett grubber kick ahead for himself and regather the ball in one motion, before putting a pinpoint chip kick over the head of Cutters defenders for Paul Rokolati to dot down beside the posts.

The Cutters were the first on the scoresheet when play resumed for the second stanza, with Nicho Hynes latching onto a short ball and scurrying under the posts to cut into the deficit and show signs of life for the hosts.

But any hope of a trademark Cutters comeback was extinguished when Jordan Scott burst over from dummy half for the Magpies, before Jack Anderson put the game to bed with a charging run through the defence to bring up 30 points for the visitors.

There was one final glimmer of hope for the hosts as Hynes and Johnny Faletagoa’i combined to send debutant Daniel Boyd away to score on a long-range effort that would prove to be the final scoring points of 2017 for the Cutters.

Mackay coach Steve Sheppard noted the lack of urgency in defence from his team post-game, conceding his team was outplayed.

“I thought our attitude was off defensively, maybe thinking of the week ahead,” he said.

“Souths took their chances and they’re a top side even with injuries, their halfback went well and their forwards were good.”