The oppressive heat sapped much of the skill out a nonetheless hard-fought game won by Souths Logan 28-10 at home to the Tweed Heads Seagulls yesterday.

Played in humid conditions; both teams found it difficult to control the ball and their discipline was also lacking in major stages of the game.

However, a more experienced Souths Logan side were still able to show their class early to post a 28-6 lead at halftime.

It only took them two minutes to get on the board with halfback Sam Scarlett finding his way over the line.

A dropped ball by the Seagulls as they were attempting to push for points of their own close to the line gifted possession back to the Magpies and they used their chance, with Jordan Scott dummying at the line before going over.

Back-to-back penalties again saw the Magpies take advantage, and the big frame of lock Patrick Mago proved too hard to handle as he run his way through the inexperienced Tweed Heads goal-line defence.

Guy Hamilton’s third successful conversion had his side up 18-0 with the first half only just entering its second phase.

It seemed the Seagulls would be able to fight their way back when they were able to hold possession for a sustained period thanks to Magpie errors – but it took them until the 28th minute to crack the home team’s line.

Repeated penalties gave them a significant opportunity with the ball and they also earned themselves a line dropout. They were finally on the board with winger Brayden McGrady going over.

However, that was all short-lived as the Magpies crossed twice more to round out the half, with Hamilton putting in a step at the line before slicing over; while Brendon Gibb in his 150th game was able to celebrate with a try, crossing in the final minute of the half.

The Seagulls were able to tighten their defence considerably in the second half and frustrated the Magpies into making errors.

The home side were unable to cross the line for any more points – but Tweed however were the only team to score and it came when a high kick from Lindon McGrady found its way into the arms of his cousin Brayden McGrady.

Tweed Heads gave up a penalty in the final minute of play and Gibb was given the ball to attempt the penalty goal after the fulltime siren, but it fell just short; keeping the final score at 28-10 to the Magpies.

Next week, the Magpies will host fellow undefeated team Norths Devils, while the Seagulls will be at home to the Burleigh Bears in the Channel 9 (QLD) game at 1pm on Saturday. 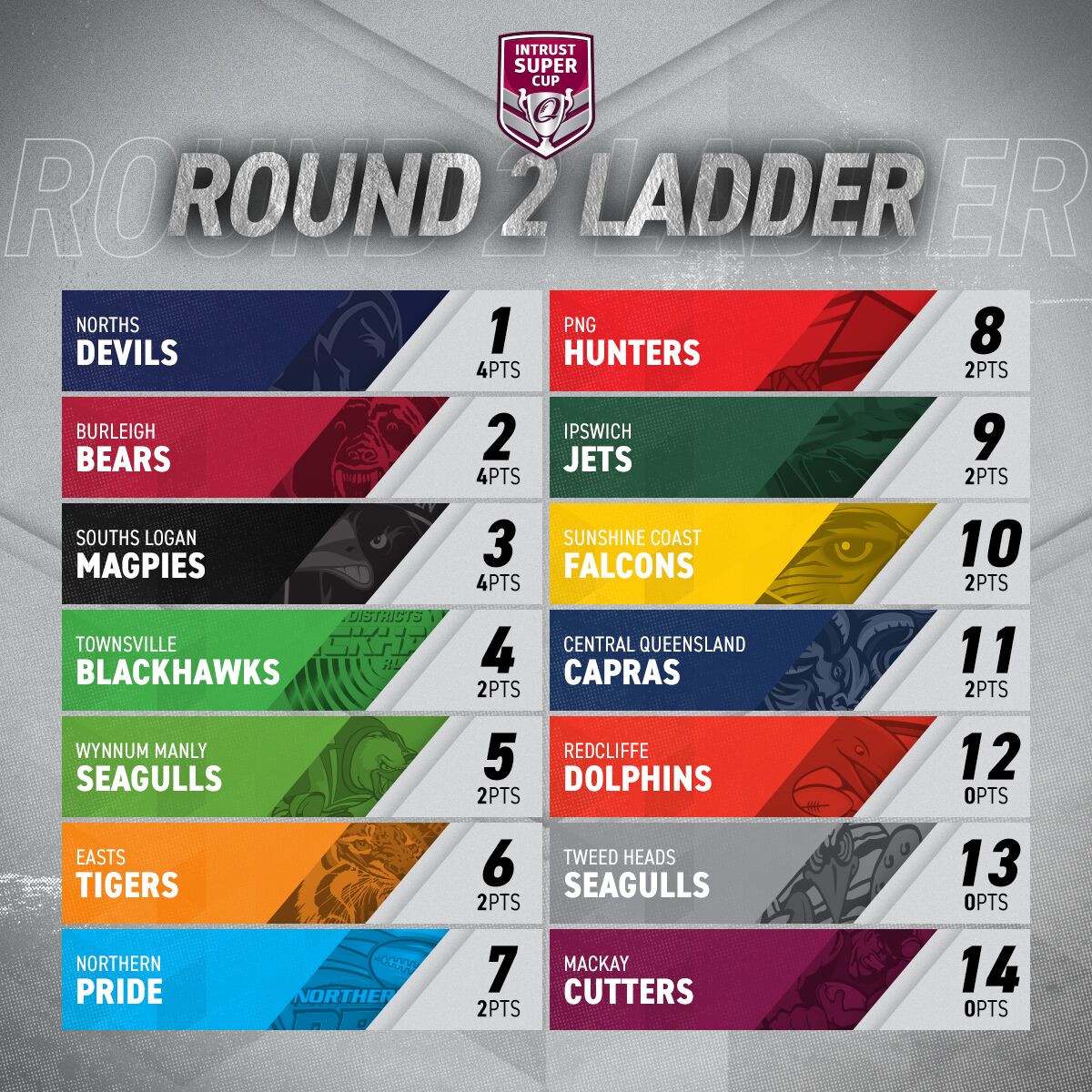