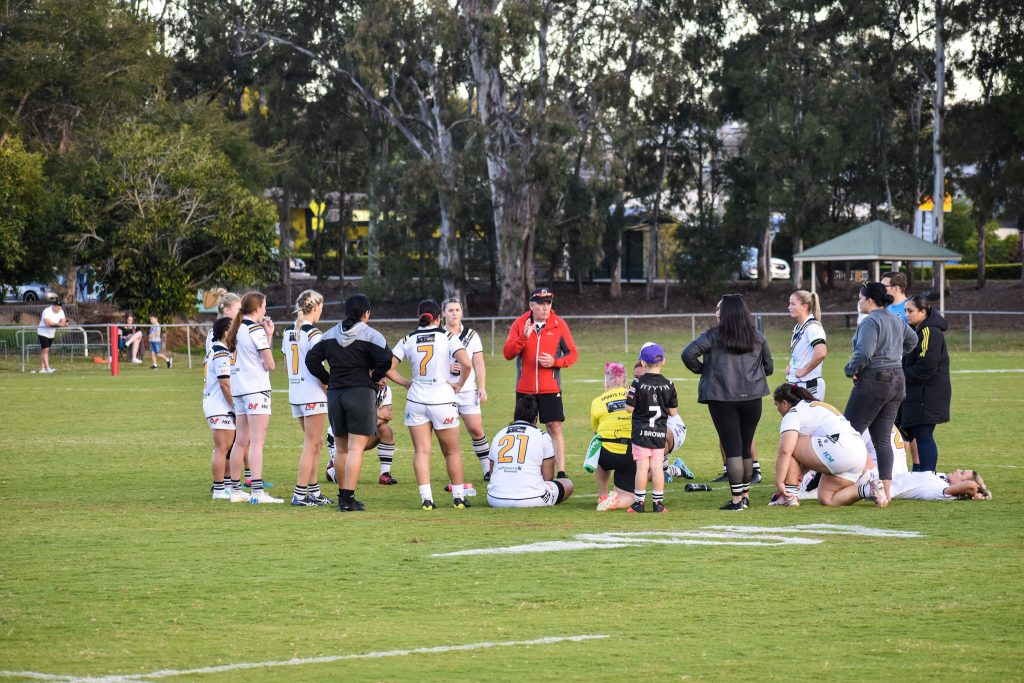 A spirited fightback in the 2nd half lead by their two front row enforcers Elsie Albert and Steph Hancock lead the Magpies to a round 1 Holcim Cup victory over West Brisbane Panthers on Saturday.

Wests came out the gates flying with a try to Romy Teitzel in the 7th minute after dominating possession in the early exchanges of the fiery clash.

Souths quickly hit back through a piece of individual brilliance from PNG Orchid’s superstar Elsie Albert, who crashed over out wide to bring the score back level at the halfway period of the first half.

Wests then crossing again in the 22nd minute thanks to Shaniah Power which put the Panthers clear by 6 leading into the halftime break.

Steph Hancock who was fantastic for Souths all day, drew the Magpies level in the 2nd Half when she connected with Elsie Albert down the short side to bring it back level in the 38th minute.

Souths Logan five-eighth Meg Ward had an up and down game by her own admission, but showed her class to bring the Magpies ahead 13-12 with 2 minutes to go when she calmly slotted the match winning field goal.

The 1-2 punch of Tamika Upton and Hayley Maddick were vital for the Magpies success on the afternoon with both having fantastic kick returns from the fullback position getting the Maggies on the front foot as well as plenty of spark around the ruck.

The only sour to the day for the Maggies was an injury to Natassja Purontakanen who was carried off with a suspected serious knee injury in the first half, with the centre due to get scans Monday to find the severity of the injury.