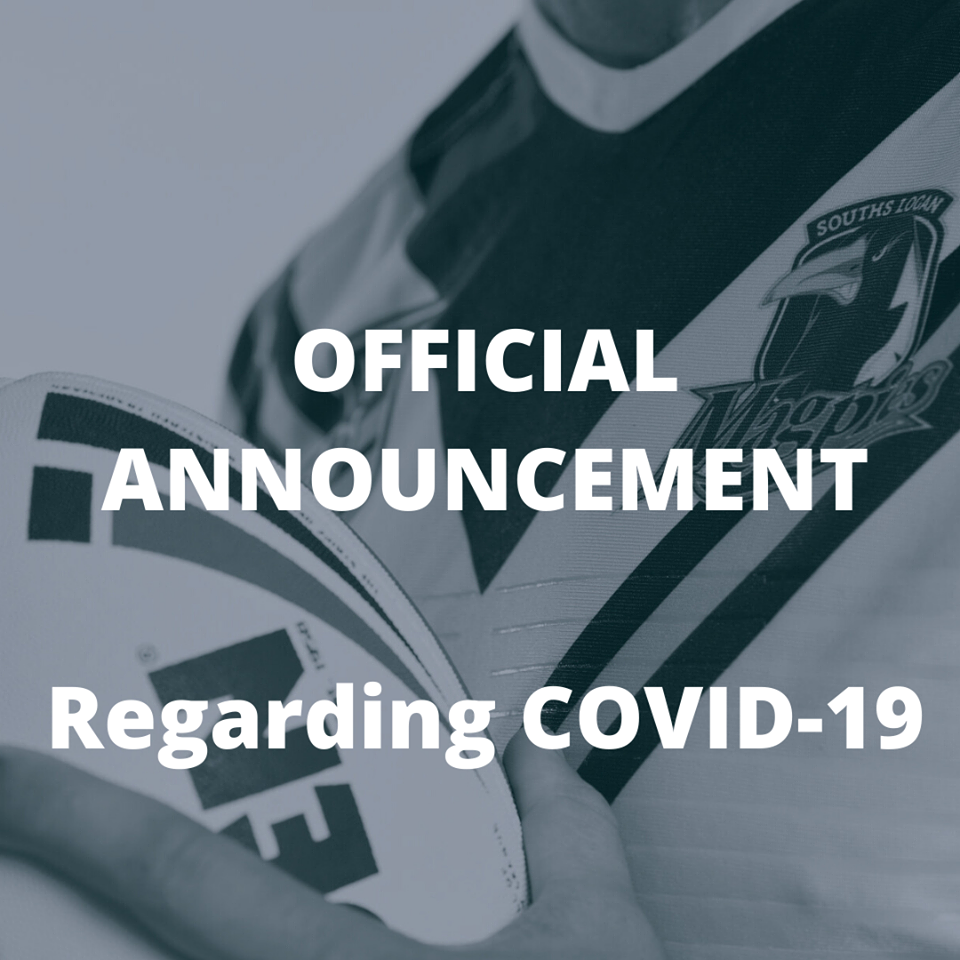 The Queensland Rugby League can provide an update on the status of its Statewide Competitions, community football and representative programs following tonight’s board meeting.

After careful consideration in relation to the unfolding COVID-19 situation, the QRL has suspended its Statewide Competitions and community leagues, effective immediately.
In addition, all junior regional events and state carnivals will be postponed indefinitely. QRL Managing Director Robert Moore said the four QRL Statewide Competitions would be suspended until June 5, and all junior and senior community rugby league until at least the first weekend of May.

While some community competitions are yet to kick-off, the four statewide leagues commenced at the weekend with 25 games played across the Intrust Super Cup, BHP Premiership, Hastings Deering Colts and Auswide Bank Mal Meninga Cup.


Should circumstances allow, the QRL will work with its clubs to facilitate the return of these four competitions mid-year. Such a scenario would provide the opportunity for all Intrust Super Cup clubs to play each other once before the scheduled 2020 finals series, in addition to the results from Round 1 fixtures which would stand.


Similar fixture models, in line with the proposed date for the return of premiership games, are currently being looked at for the BHP Premiership, Hastings Deering Colts and Auswide Bank Mal Meninga Cup. Moore said the board had considered all aspects of the current situation in consultation with its operations teams and clubs

“This public health emergency we’re working through is unprecedented; and the health and safety of our participants is a priority, along with the welfare of Queensland communities,” Moore said.

“The decision to put our Statewide Competitions, community leagues and representative programs on hold takes into account all the relevant information provided by the National Rugby League, public health authorities and the government.

“Ultimately, it is our responsibility to implement procedures that don’t place players, volunteers, staff and other stakeholders at unnecessary risk.”


Approval for clubs to hold training sessions during this period is an ongoing matter, as the QRL is seeking further advice from its chief medical officer, Dr Roy Saunders, as well as Queensland health authorities.