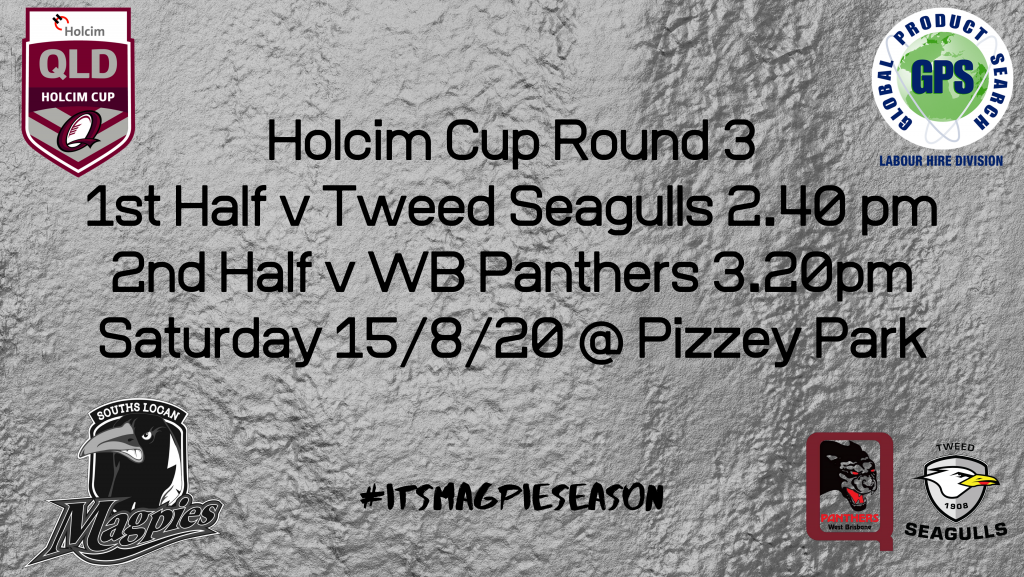 The Souths Logan Magpies women’s team will head down to Pizzey Park for Round 3 of the Holcim Cup, when the Maggies take on the returning Tweed Heads Seagulls and West Brisbane Panthers on Saturday.

With COVID border restrictions meaning the competition will continue in a Gold Coast bubble, Souths Logan will need to be at their best when they make the trek down the M1 in both their 30 min clashes.

With the return of Australian Jillaroo’s captain Ali Brigginshaw to the Magpies lineup at five-eighth for the first time in five years, Meg Ward has shifted to the centres for the tough matchups against two fast and physical teams who will be looking to take vital competition points as we come towards the pointy end of the competition.

17 year old Sidney Taylor will make her first appearance in the Black and White on the wing to bolster a backline in red hot form in recent weeks, with Tamika Upton and Hayley Maddick named in the QRL’s team of the week for their Round 2 efforts against Easts last Saturday.

A focus of tightening up defensively was the main focus of the group during the week at training, with Coach Rob Brough looking for some more mobility from his engine room in the middle third to help defuse the threat of the extremely athletic forward packs that Tweed Heads and WB Panthers possess.

Kickoff at Pizzey Park for the first half against Tweed Heads will be at 2:40pm and will be followed by the 2nd half against WB Panthers at 3.20pm.

If you are unable to get down you can watch the action live at QRL.com.au or on the QRL’s Facebook page: https://www.facebook.com/queenslandrugbyleague/