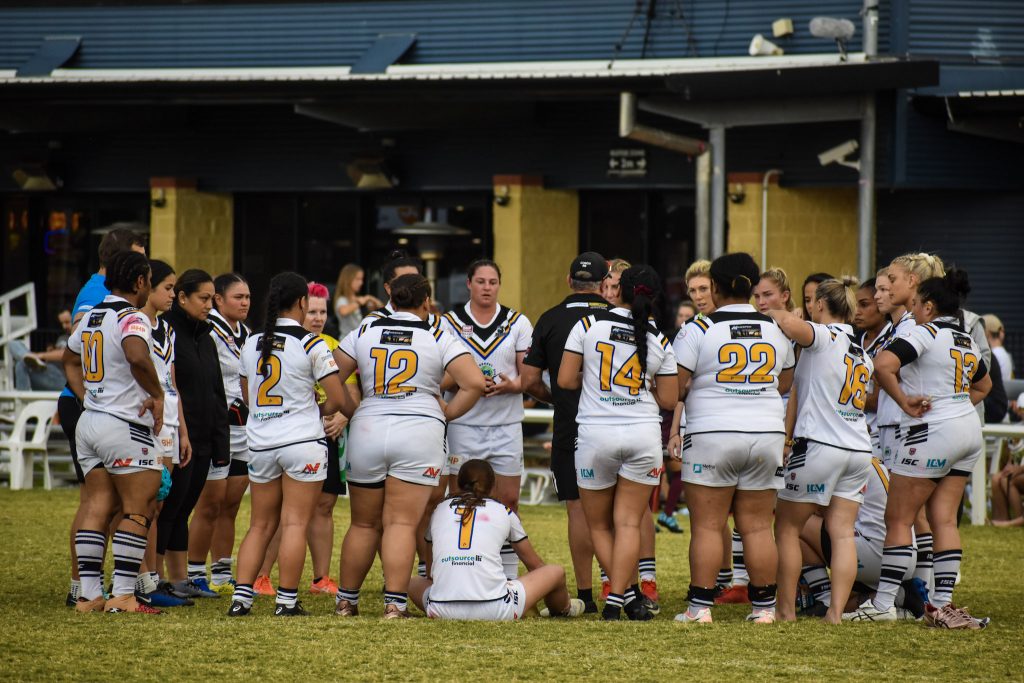 The first 30 minutes against Tweed Heads provided an opportunity for fans to see Australian Jillaroo’s captain Ali Brigginshaw back in the Souths Logan lineup for the first time in over 5 seasons.

The Maggies got off to a strong start to the game dominating possession early without threatening the defensive line, until Tamika Upton broke through in the 14th minute when she sliced her way through the line and scored.

SLM ran in three more tries in the next 15 minutes, with Elsie Albert crossing for a long range effort again for the third time in as many weeks from the front rower as well as Elanie Saluni and Amelia Kuk crossing the stripe for the Magpies.

In the second match up against West Brisbane Panthers for the Holcim Cup competition in as many weeks, another thriller was on the cards at Pizzey Park.

Much like the earlier match up Souths Logan were slow out of the blocks with Wests crossing twice inside the first seven minutes of action through Taimane Levu and Julia Robinson and put the Magpies on the back foot in the opening stanza.

When the Magpies started to see a bit more of the footy towards the back half of the game, the field started to open up and the outside backs of the Maggies. Two fantastic carries from the forward pack led to Tamika Upton finding some space down the left edge of the Panthers defense.

The arm wrestle continued until a Ali Brigginshaw grubber was collected by Upton to cross again to seal the win for the Magpies in the dying moments of the clash to hand Souths both wins for the day.

Coach Rob Brough described the Panthers win as one of the best he has been involved in and marveled at the discipline the girls showed
“It’s a very short window in a 30 min game when you go down 8-0, but for the girls to stick to the structure and play the way we want too was fantastic”

The girls will head back down to Pizzey Park this weekend for a blockbuster main game match up with Burleigh Bears at 4:45pm.