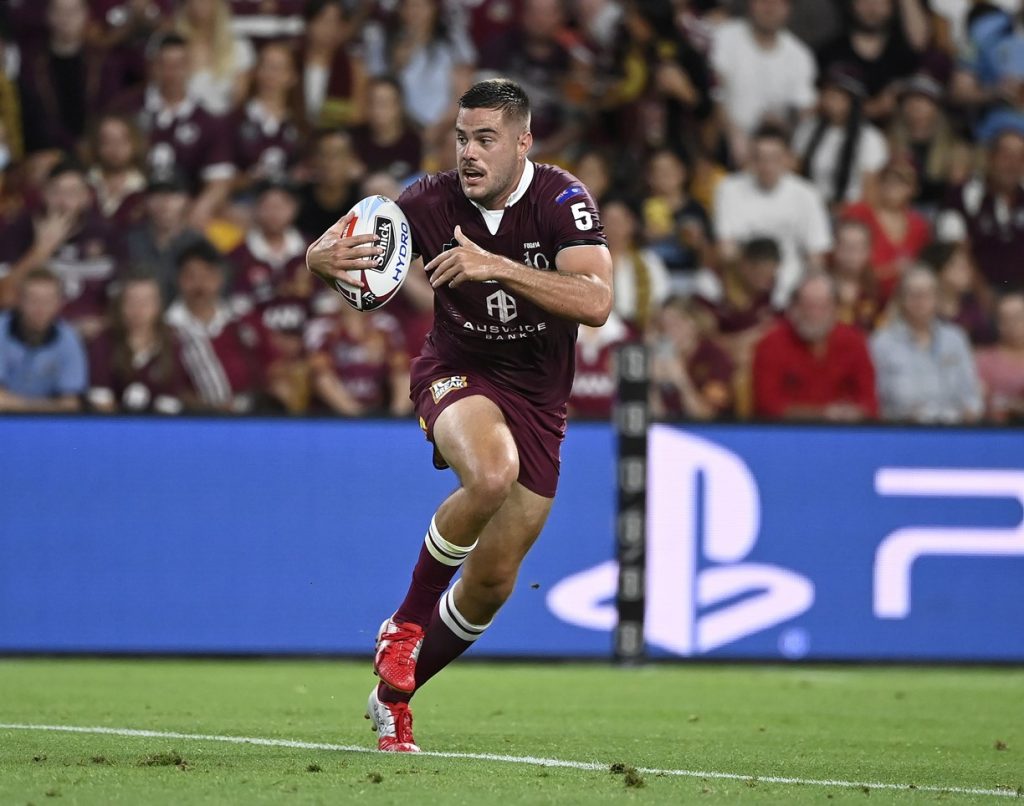 The QLD Maroons Men’s and Women’s Teams have reigned supreme on the biggest stage Rugby League has to offer over the past 4 weeks, with some familiar faces featuring across both series victories for the Maroons.

5 SLM old boys took part in the Men’s 2-1 series win across the hotly contested three game match-up, with the Maroon’s grabbing the decider 20-14 on Wednesday Night in front of 50 000 people screaming QLDers at a sold out Suncorp Stadium.

Corey Allan, cousins Edrick & Brenko Lee and Jaydn S’uA made their debut in the Maroon Jersey throughout the 2020 series for Queensland, with the Logan products all doing their state proud and testing themselves in Rugby Leagues toughest environment on the way to picking up their first series win.

Josh Papalii further proved himself as one of the premier forwards in the game, with a dominate performance in the series where the Canberra Raiders Prop chalked up over 200 run metres and 100 plus tackles in the three outings, while being tasked with the monster effort to back up three weeks in a row and lead the QLD forward pack.

An old Magpies combination from the early 80’s also reunited in the coaching box, with 1985 BRL premiership winning coach Wayne Bennett and team of the century centre Mal Meninga proving to be a masterstroke duo for the Queensland side, with Bennett taking the Maroon’s to his first series win as coach since 2001.

On the Women’s side of things the Magpies representation was just as strong, with 5 Souths Logan Magpies Holcim Cup representatives in the Maroon’s 24-18 victory over NSW at Sunshine Coast Stadium last Friday evening.

Holcim Cup Player of the year Tamika Upton was the star for the Maroons, collecting a double and running for a whopping 239 metres on the night, putting herself in the box seat for an Australian Jilaroos call-up in 2021.

Stephanie Hancock signed off from her 16 year QLD Maroons career in style, with the stalwart also crossing for a four pointer in an inspired effort while wearing her beloved Maroon jersey one last time, going out of a series winner.

Dally M female player of the Ali Brigginshaw, as well as SLM forwards Annette Brander and Rona Peters also played massive roles for the Maroons, with all three playing big minutes in the middle of the field and contributing to the Maroons first State of Origin series win in QLD.