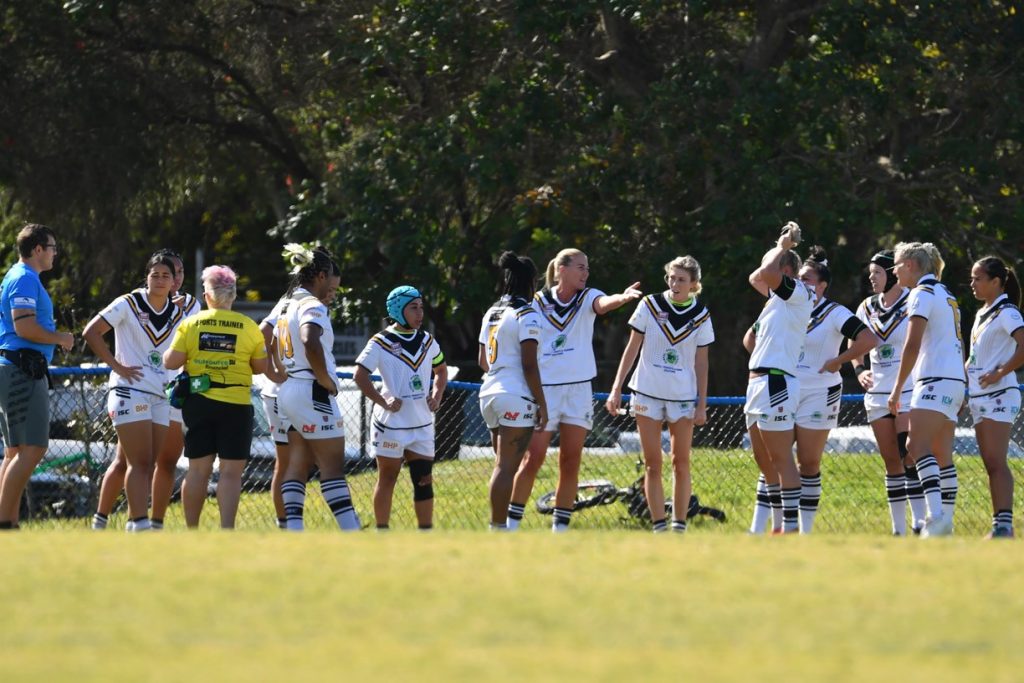 It was the tale of two halves for the Souths Logan Magpies girls in Round 5 Holcim Cup action, with the Black and White dropping the first game against top of the table Burleigh Bears but did back it up to collect the win against Easts Tigers to round out the competition’s regular season games.

Early errors and poor communication in defence were the Magpies downfall in the opening stanza, with the Bears running out to a 12-0 lead with tries to Jodeci Nicholson and Tarnisha Lyons inside the first 20 minutes enough for Burleigh to hold on for the win.

Despite the loss, the Magpies girls did have some good signs against the team who they will be locked into battle against in this weekends Grand Final, with Steph Gallagher having some fantastic carries and showing the depth that the Maggies have in their forward pack.

The tide completely shifted for the 2nd game with the Magpies rounding up their Holcim Cup round fixtures against an Easts Tigers team, who they were looking to defeat for the third time in the competition in 2020.

It was an arm wrestle early with Easts having some fantastic opportunities early in good attacking positions, but some great scrambling defence from the SLM girls were able to hold the Tigers onslaught.

Therese Aiton crashed over from Dummy Half in the 15th minute after a line break from Jamie-Lee Lewis down the right hand touch line to open the Magpies account for the afternoon.

That was quickly followed by a double from Australian Jillaroo’s centre Meg Ward, who got on the end of a pin point Ali Brigginshaw cross-field kick to extend the lead to 10-0 and shortly after the Magpies marched back up the field to cross again thanks to a heads up shortside play from halfback Nakita Sao, putting Ward over for her 2nd.

Souths would add one more four pointer to their afternoon’s work with Lyllian Mikaio barging over for her first of the Holcim Cup campaign, putting the cherry on top of a strong last 15 minutes heading into next week’s Grand Final against the Bears.