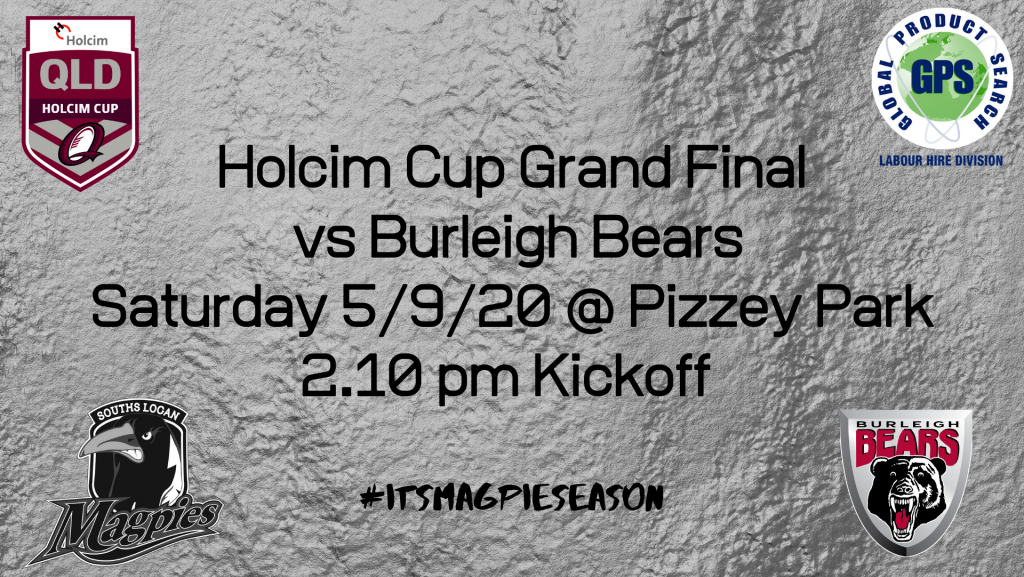 The past 6 weeks have brought these two teams together after a grueling 5 Round competition which has seen the Magpies pick up 7 wins from their 10 halves of football to date and will be looking to string one more perfect 60 minutes together against a Burleigh side which has the wood over the Black and White so far in the competiton.

In last week’s Round 5 match up where the Bears were able to salvage a 12-0 win, the game was dictated through early possession and field position that Souths Logan gave up on the back of a few penalties and handling errors.

The importance of the middle third will be massive for both teams with a blockbuster match up of International stars on both sides of the field with the likes of Millie Boyle and Tallisha Harden locking horns with Stephanie Hancock and Elsie Albert, it will make for a great battle of the packs.

Tamika Upton will return for the Magpies this week after missing last week as a precaution and will slot back into the fullback position which she has made her own, stamping her name as the premier fullback in the Holcim Cup.

Hayley Maddick will head back out to the wing as a result, to bolster the left edge with Rona Peters also in the starting line up and will be looking to dominate with some great defensive efforts out on an edge.

“On behalf of everyone in our club I’d like say a sincere thanks to all of our sponsors and supporters who’ve stuck with us in what has been a challenging year. We would like to also sincerely thank the QRL for being so supportive of the Women’s game and for giving us this opportunity to play the game we love. We have prepared well for tomorrow and we’re excited and thankful for this chance to be a part of the “big dance”!

Kickoff for the Holcim Cup this Saturday September 5th is 2pm at Pizzey Park on the Gold Coast.