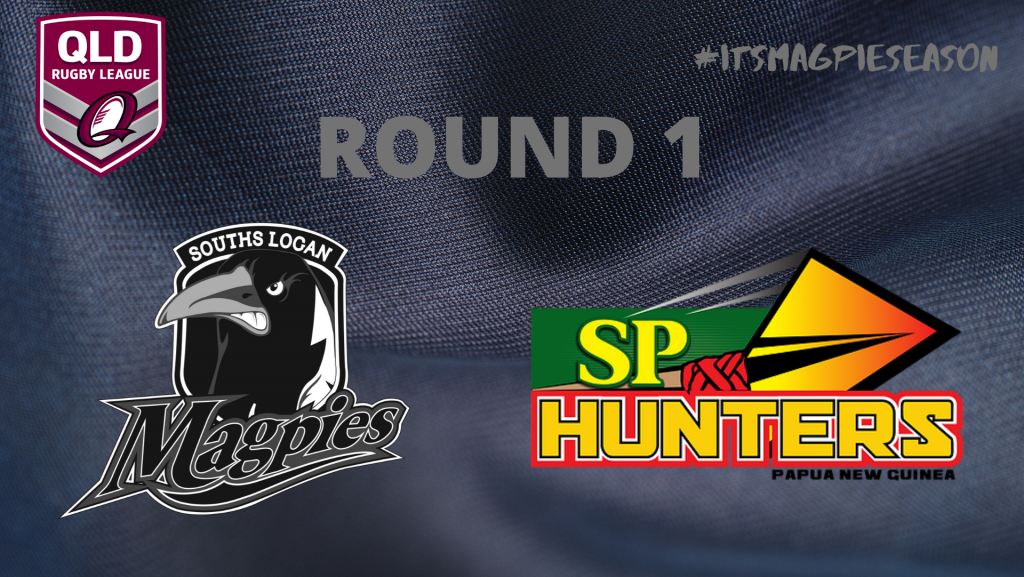 The ICM Souths Logan Magpies will open up their 2020 Intrust Super Cup season at home against the PNG Hunters, with the Davies Park crowd and Magpies players alike hoping to start the new season in style.

Since the Hunters one-point win against the Magpies in round 23 last season, Souths have had some significant roster turnover with 10 players pulling on the Black and White for the first time during this weekend’s clash.

The 3pm kickoff at Davies Park is one that will bring plenty of excited fans from both sides of the ledger and will look for their teams to get out of the gates in 2020 with a strong performance.

With a new halves pairing of young Broncos ace Tom Dearden and former Dragons half Darren Nicholls, Souths Logan will be looking for the guidance around the park from their skipper Nicholls who has been a fantastic presence around the group so far in 2020.

In what will be a game dominated by big men, the go forward and power in the middle with Matt Groat and Harrison Muller, as well as Trent Schaumkel coming off the bench will be key for the Magpies against a big and hungry PNG Hunters forward pack which includes veteran prop Enock Maki.

The two young hookers who are looking to make their mark on the competition and push for higher honours, this shapes up to be a fantastic battle of the 9s.

Paix, who is coming off a big preseason with the Brisbane Broncos and was fantastic during the Magpies trial against Ipswich will lead the big forward pack around off the back of Dearden and Nicholls.

Basu will start the first game in the #9 jersey for the Hunters and will be looking to impress new coach Matt Church after spending most of 2019 in the halves.