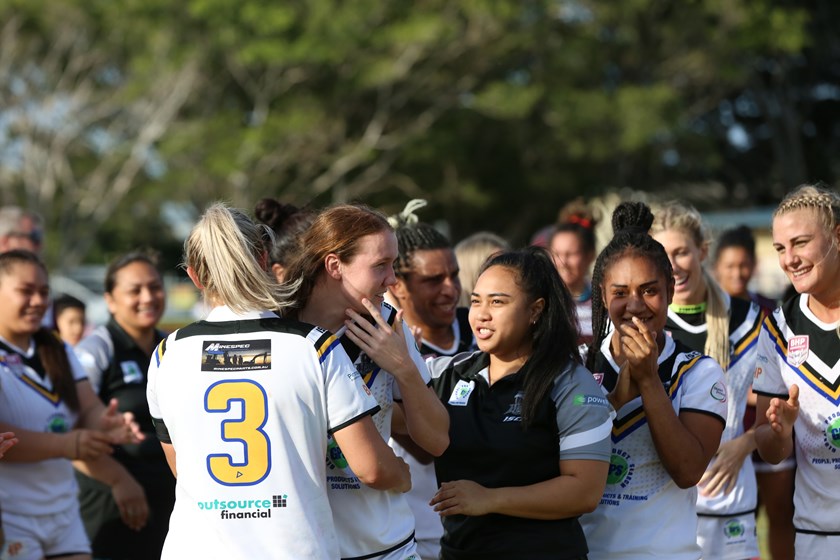 As the NRL and NRLW seasons come to the final games on the calendar this Sunday at ANZ Stadium in Sydney, some familiar faces will be running out representing Souths Logan on where Rugby League’s best will be crowned.

Brigginshaw, who earlier this week was awarded the Dally M Medal for Female Player of the year, has been named in the half-back role but has played much of the 2020 NRLW at lock with Tarryn Aiken and Brigginshaw sharing the role of the #7 jersey.

Tamika Upton has been superb form in 2020, first picking up Player Of The Year for the Souths Logan Magpies Holcim Cup campaign and has carried that onto the NRLW, where the 23 year old Rockhampton native is having a stellar season in the Broncos colours during her first full season of NRLW.

Upton has settled into the fullback role in 2020 after playing much of 2019 on the wing for Brisbane, with some fantastic numbers to back up her feats where she leads the competition in Tries (4), Linebreaks, (6) and Run Metres (454). She will be crucial for Brisbane’s chances with her fantastic decision making off the back of shape a vital weapon in the Broncos attack against a strong Roosters defense out wide.

Souths Logan stalwarts Annette Brander and Meg Ward will also feature, with Ward’s right foot a major factor as why Brisbane have been undefeated so far in 2020 with the winger leading the point scoring tally in 2020. Ward has kicked at an amazing 92% conversion success rate and will be of vital important in what will be a tight contest with every point mattering.

Brander will play in her 2nd NRLW grand final and be looking to make a massive impact of the bench where she is averaging a career high 55m a game in her action this year and gain plenty of quick play the balls and momentum in the middle of the field to help get her Broncos play makers get on the front foot.

Kickoff for the NRLW Grand Final is at 3pm QLD time and can be watched on Channel 9 or Fox League.