A gruelling pre-season fitness regime designed to test the physical and mental fortitude of would-be Souths Logan players has paid dividends, with their ability to outlast their opponents and finish games strongly becoming a main feature of their run to the 2018 Mal Meninga Cup state final.

With 50 players turning up for pre-season training at Davies Park, coach Jace Van Dijk decided to implement an arduous fitness program to test the resolve of many of his potential players.

But when nobody left, Van Dijk saw his dilemma as a blessing when he realised he not only had a talented squad featuring the likes of David Fifita and Tanah Boyd, but also a squad that was capable of going the distance in their games.

“I know this team’s fit … we had 50 kids in the pre-season and one way I tried to cull them was to give them a flogging with the pre-season fitness, but they all stayed – so I knew I had a really good bunch,” he said.

It is this endurance that saw them outlast Tweed Heads in their semi-final clash at Davies Park last Sunday with the Magpies managing to score three late tries to blow the Seagulls away and book their spot in the decider.

The opening exchanges were fast and physical with both teams swapping four-pointers before Souths managed to gain the upper hand with tries to Boyd and Cruise Ten seeing the Magpies head into the sheds with a 16-6 lead at the break.

After failing to capitalise on a number of try-scoring opportunities in the first-half, Tweed appeared determined to right their wrongs from the first stanza as they capitalised on an increased share in possession to score three tries in 12 minutes to lead 22-16.

The Seagulls looked to have all of the momentum heading into the final quarter of the game before a forward pass from the kick-off seemed swing the game back into Souths favour as they scored off the ensuing set to lock the scores at 22-22.

Despite being forced to defend for much of the second half, that fitness of the Souths side came to the fore as they crossed for three tries in the final 10 minutes to run over their opponents to score a 40-22 win.

Van Dijk was pleased with his side’s ability to prevail in such a tough contest.

“I think it was the first time we faced a serious test since we faced Norths and I thought we responded really well … to score three late tries and run away with it was pleasing,” he said. 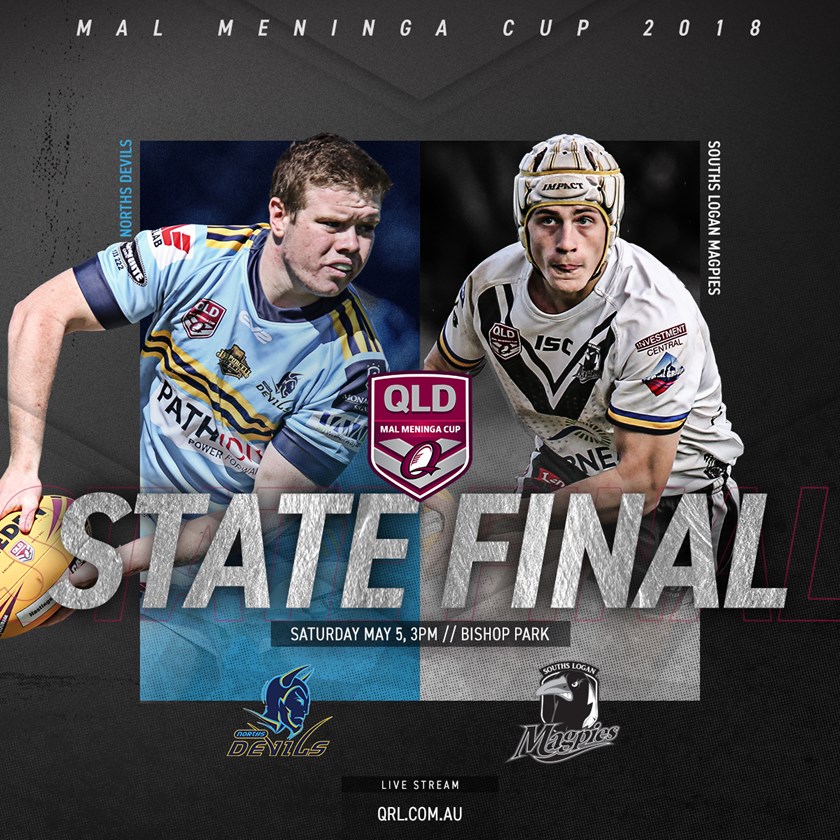 Their grand final opponents Norths are noted fast beginners who look to gain the upper hand early on before wrestling their opponents into submission with grinding, clinical football.

However, the Devils have struggled to press their advantage late in games, something that may play into the fast-finishing Magpies hands.

Van Dijk though is under no illusions as to the threat a classy outfit like Norths poses to their chances of winning and he paid respect to the contest that will unfold at Bishop Park.

“I think it will be a fairly close game again with it coming down to who can defend those momentum swings, but I think both teams are evenly matched, and Norths have been the best team all year, so we will have to be on our game to beat them,” he said.

With their attack in order, Van Dijk won’t be looking to change much coming into grand final week, instead focusing on the key indicator he believed would be the key to bringing the Mal Meninga Cup back to Davies Park.

“It will be pretty much the same as it always is and not much will change, but we will still be focusing on our defence, especially on our goal line, because that’s what will win us the game.”

As for Van Dijk’s final instructions, he hoped the consistent message he delivered each week for his players to enjoy their football will be enough to encourage his players to reverse the disappointment of missing out in last year’s decider.

“My final words to the boys are exactly the same every week, have fun, because there is no use playing if you’re not having fun.” 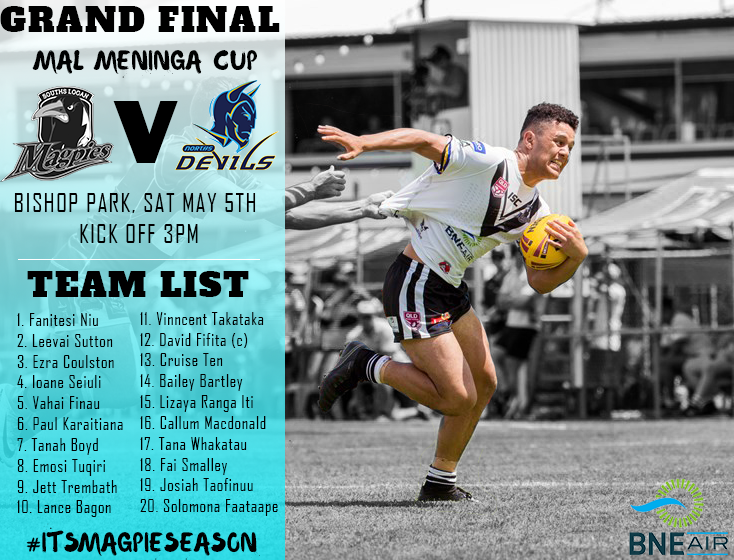