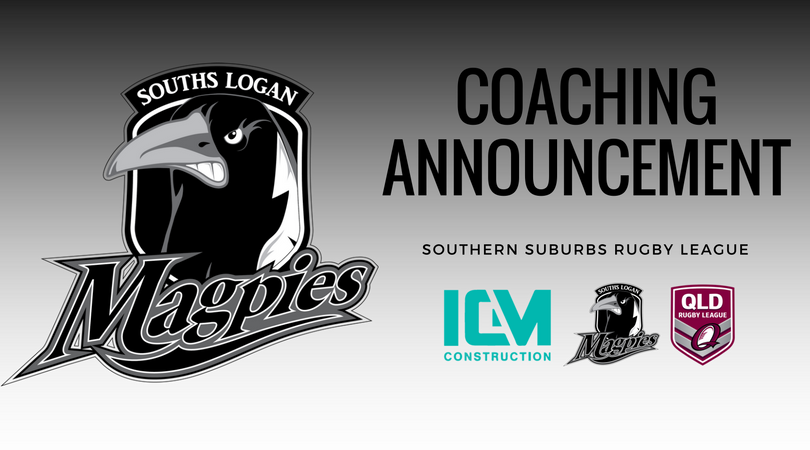 Jon Buchanan “JB” in for the long haul

Buchanan originally signed a 1 year deal ending at the end of the 2017 season, but his contract has been extended for a further 3 seasons until the end of 2020.

“I’m really pleased I’ve been able to extend my contract with the Magpies, the support in my first year here has been terrific from the Players, Board Members, Sponsors & Staff “ Buchanan said.

The Magpies are currently in 5th position on the Intrust Ladder, and are aiming towards their first finals appearance since 2011.

“I’m very excited to continue to work with a club with such a strong Junior Development arm, over the years the catchment has produced some of the games finest players and this season we have used 10 local juniors in our Intrust Super Cup team“ Buchanan added.

This weekend the Magpies are up against 4th place Easts Tigers at Davies Park.

“The club is very excited to have signed JB to a long term deal, he came to us this year in a part time role as the head coach, which in itself at this level is very commendable.  We are now in a position to give JB a full time role as head coach of the Magpies. To have a coach of JB’s ability prepared to sign a long term agreement with our club is a massive boost to the Magpies and where we are headed in the competition. His positive influence from day 1 is evidenced by our current position on the table. Given the opportunity to be a full time coach again will be a mutual benefit to both Jon and the club as we head into the back of 2017 and the start of the 2018 season” Souths Logan Magpies CEO Jim McClelland said. “The club has been very fortunate over the years to attract quality coaches and JB is definitely top shelf when it comes to coaches in our state” McClelland added.