The Capras put aside a horror recent away record and in the process stamped their intentions to shake off the disappointments of the 2018 season with an eye-catching 36-14 win against a youthful Souths Logan Magpies side this afternoon.

At a sweltering Davies Park, the Capras made sure the early pressure they were able to put on the Souths Logan line was as relentless as the sun blaring down on the ground and after multiple attacking sets, hooker Aaron Teroi was able to cross for their first try with just over 10 minutes gone in the game.

There was willing defence all game from both sides with plenty of huge contact; with young Magpies halfback Tanah Boyd doing exceptionally well to bounce right back up from a number of heavy hits that he won’t be forgetting in a hurry.

He was also forced to take on more responsibility throughout the game with five-eighth Guy Hamilton leaving the field with injury.

While Boyd was one of many young players in the Souths Logan line-up learning the about the physicality of the competition; it was the experience of NRL veteran Matthew Wright that got the Capras their next try.

After running hard to cut back into the line; he showed his strength and his arm span when his outstretched arm was able to reach out over the top of defenders to score to the left of the uprights.

However, Souths were still in the contest in the first half and got a break with 15 minutes to go after a Capras error gave them a scrum feed 20m out.

While Broncos forward Sam Tagataese was held up next to their left uprights when he tried to crash over initially, the home side were able to get on the board when a big hit saw the ball rebound in to Manaia Cherrington who collected it in his arms and charged to the line and get the ball down for a 12-4 score at halftime.

While Cherrington got his double with an under-the-posts effort to start the second half and 2019 season recruit Mitch Frei also got his name on the score sheet; the game swung back in the way of the Capras midway through the second half.

Bunbury-born Kainoa Gudgeon crossed for a double to start the flow in the 53rd minute (thanks to a Maipele Morseu break) and in the 67th minute (where be proved too strong and wrestled his way out of tackles on his way to the tryline).

Skipper Jack Madden got in on the act with a quick-fire double of his own to close the match out; running out of attempted tackles and over in the left corner to seal the win, and adding the cherry when his side kept the ball alive through the middle of the park before sending him through under the sticks.

There was a free-flowing nature to the Capras late-half play with some enterprising play including a number of chips ahead and a Dave Taylor specky attempt.

While coach David Faiumu was pleased his side were able to sustain their effort and stick to their game plan, he did acknowledge that sometimes the players needed to have the freedom to play what they see.

“I am just pleased with the boys and their efforts,” the former Kiwi Test international told QRL Media after the match.

“We had a plan to come down here – and it’s a tough place to come and win; I’ve been here before as a player – so to get the two points off the back of that, is really, really pleasing.

“A few times in that game we were up against it and we could have folded, but we showed resilience and sticking to a plan and backing our defence came to the fore there.

“(But) I would never tell them not to play their natural game; we have a system and we have a structure (so) when we go outside of that, it’s just (about) making sure we go back to it.

“But I will always encourage our boys to play football cos that’s what they play and that’s what they have played since they were five years old so I will never cut your arm off for trying things like that.”

Next week, the Capras will host the Wynnum Manly Seagulls while the Magpies travel to Mackay to face the Cutters. 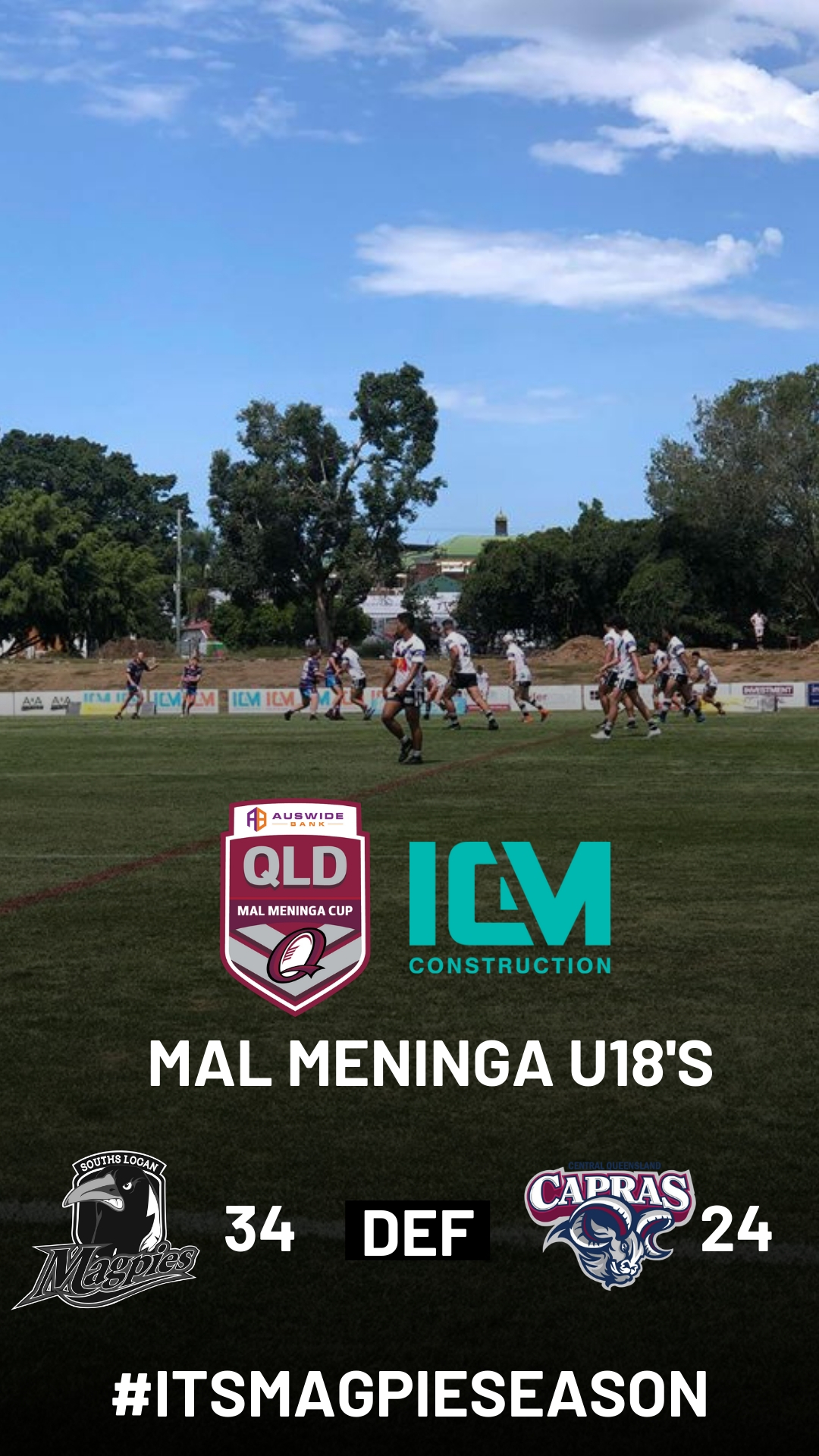 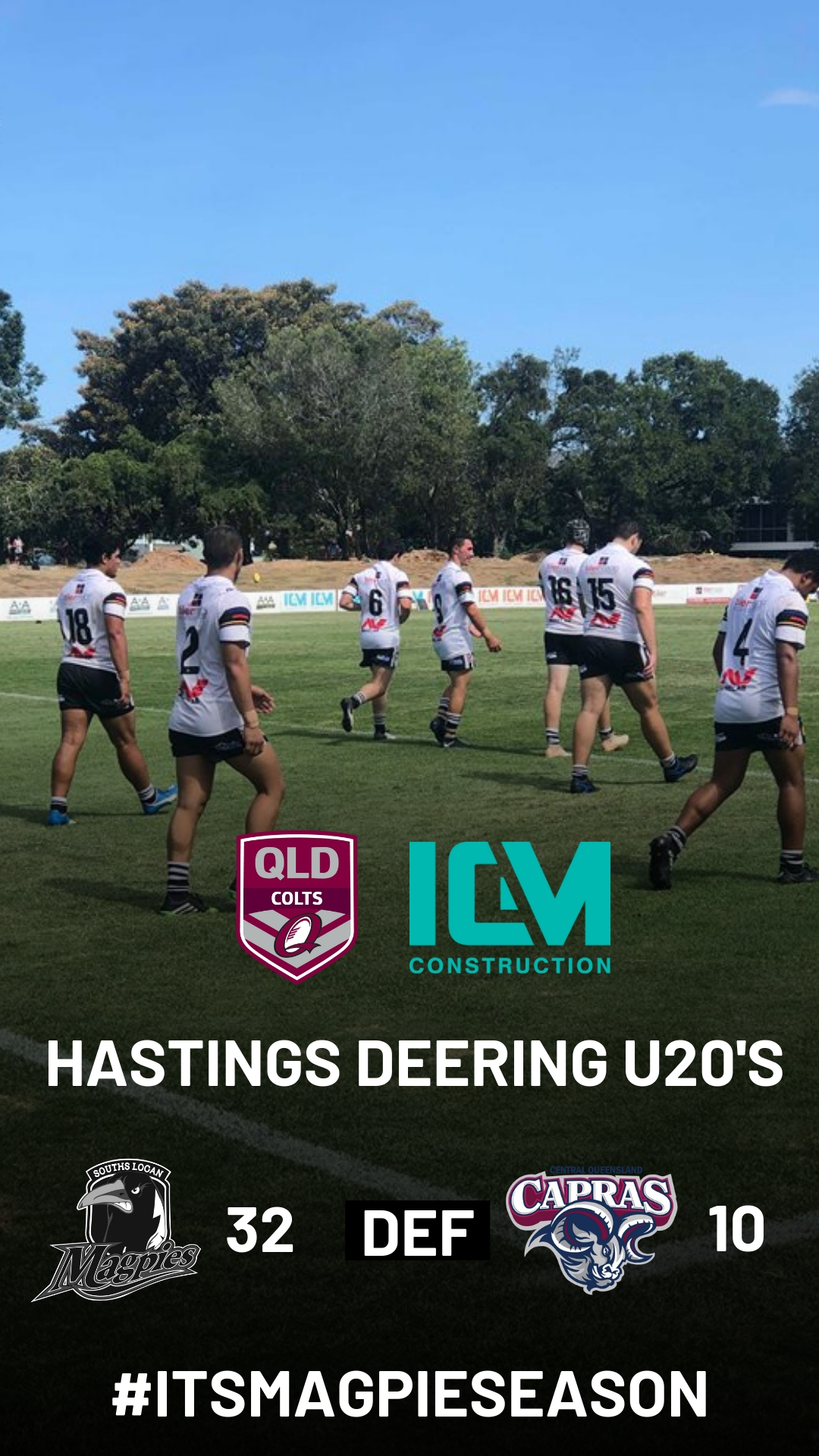