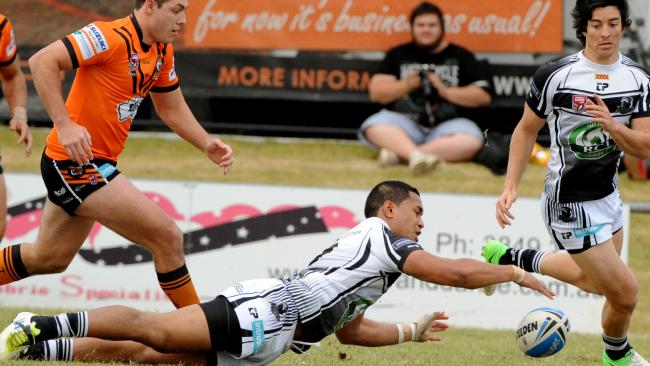 CONFIRMATION: The Souths Logan Magpies will be affiliate club to the Brisbane Broncos in 2015.

Souths Logan Magpies CEO, Jim McClelland, talks about the new beginnings for the Magpies and the reason behind the move.

The club then made the decision to look for other options. It was quickly very clear that the best option for our supporters, the junior clubs and our club as a whole was the Brisbane Broncos.

This decision was not made lightly. It was agonised over by our board for a long period of time. Because it has only been through the Raiders and their tremendous support of our club and the junior development program that we have been able to achieve such great success and gifted us with the ability to restructure and grow our business.

It was very clear that the development model that we had been working with for over 13 years would not achieve the results and the return on the Raiders investment within the corridor. Without the ability to receive players on a weekly basis, it would have been very difficult with our current roster to be competitive on the field in 2015 and beyond. It was made abundantly clear that all players from the Raiders would be going to the Mounties in 2015 and we would revisit the possibility of those players returning to the Magpies in 2016. The uncertainty surrounding our immediate future was the catalyst in the decision to join the Brisbane Broncos.

The club’s discussions with the Brisbane Broncos CEO, Paul White, were very open and his honesty was very apparent from day one. This made our decision far more comfortable to move on from the Raiders, who have provided continuous support over the years, to a new Broncos family.

It is a new beginning for the Magpies and we look forward to the mutual benefits provided through the creation of the continuous pathways our development program offers the youth within our corridor.

I would personally like to thank Don Furner, the Canberra Raiders football department and his board for the support of the Magpies over the past 13 seasons, while acknowledging Paul White and his board for giving us the opportunity to work alongside the Broncos in 2015.