First up for the night was the Mal Meninga U18’s featuring an array of up and coming talent, including Magpies & Broncos Forward David Fifita, along with Tesi Niu and Cruise Ten. The winner of  the Beecher Larkin Memorial was youngster Jett Trembath. This trophy is awarded to a player who epitomises the Beecher spirit and who goes about his job without fuss but always gets the job done. 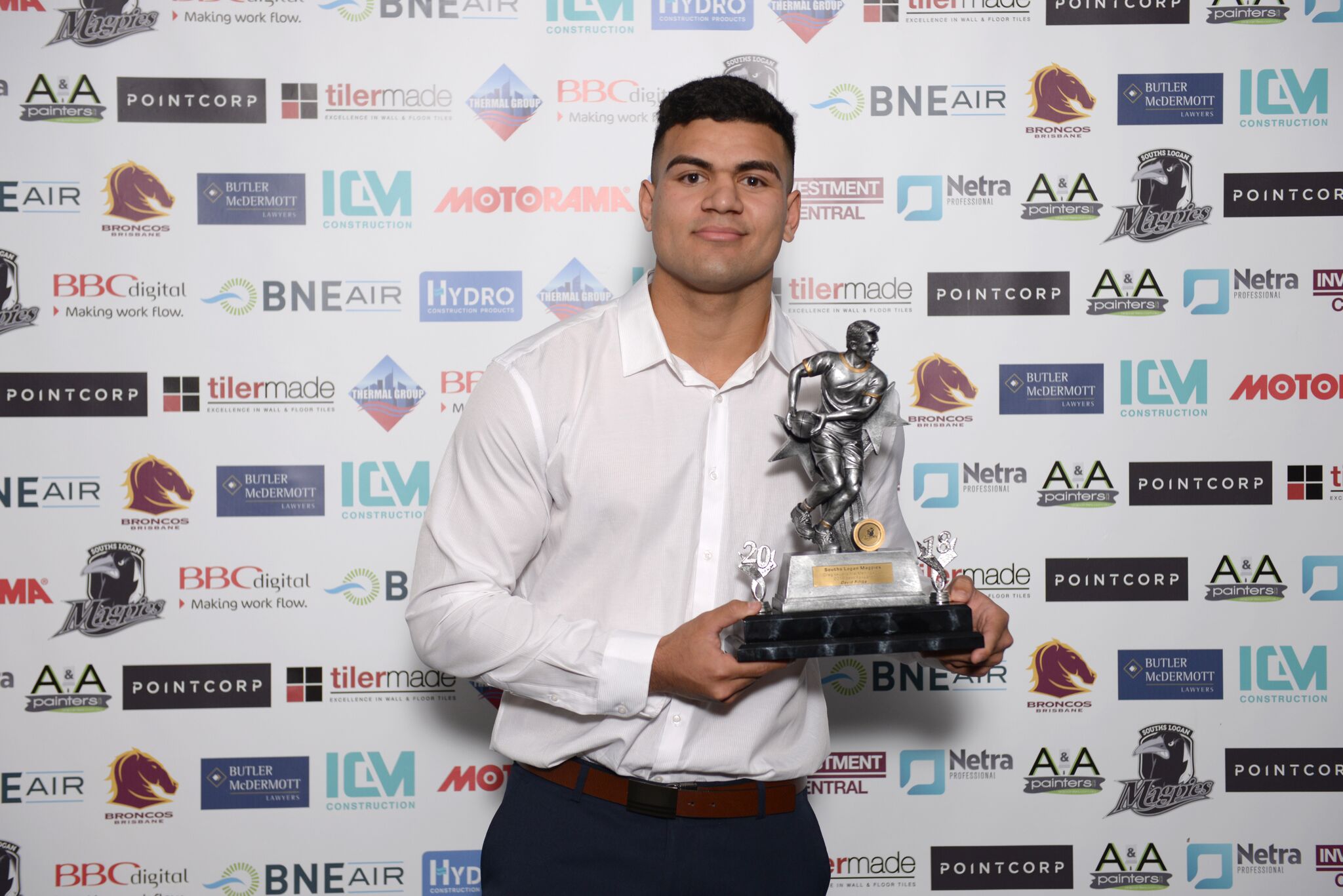 The Hastings Deering Colts finished the season strong by making a finals appearance, however going down to the Northern Pride. Awardees for the 20’s went to Blake Scott, Kye Oates & Jacob Alick, with Rory Ferguson taking out the Sel Deed – Colts player of the year award, after playing outstanding footy & making his debut for the Q Cup side. 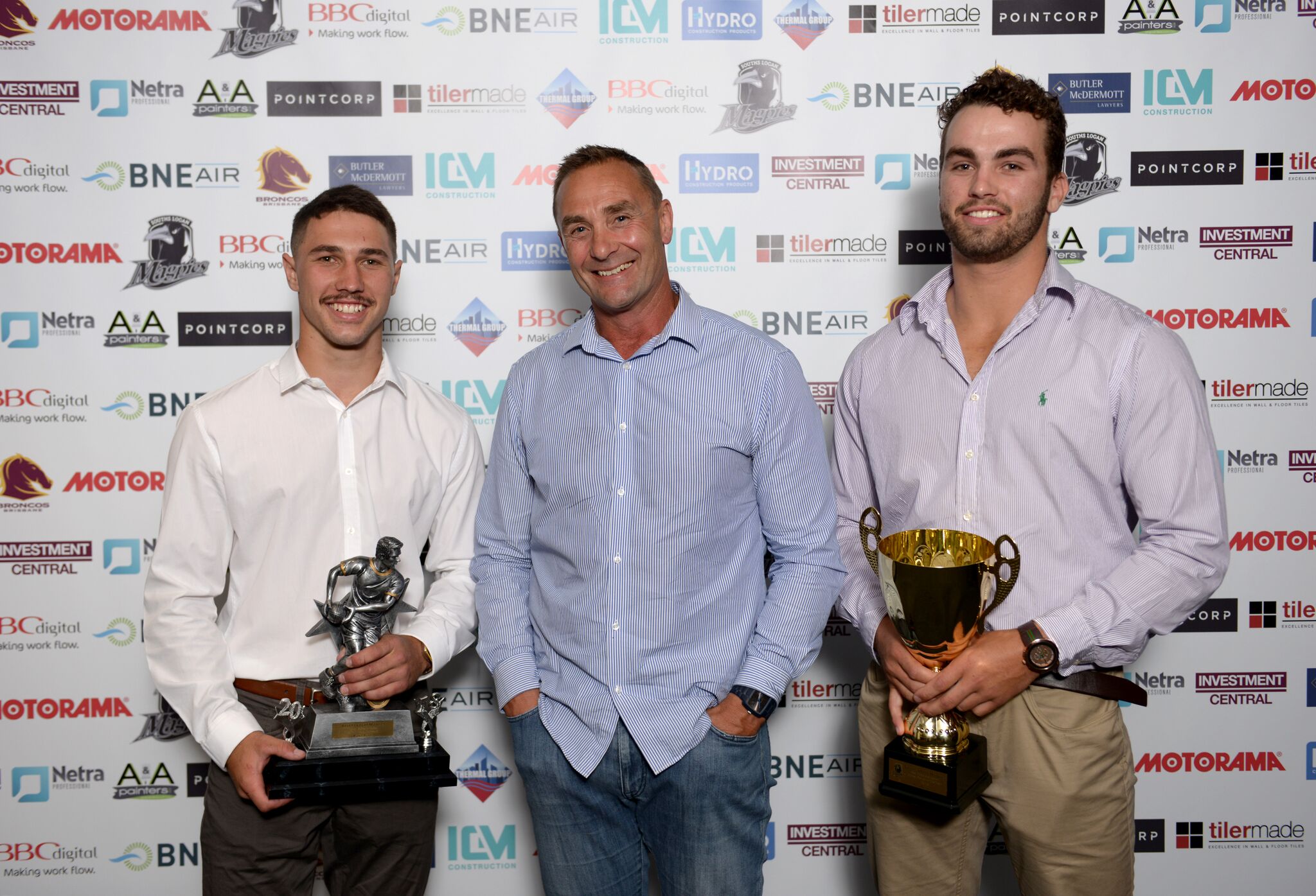 With injuries & players progressing to the Broncos throughout the season the A Grade side felt the brunt of it. However even though constantly having players coming and going, the boys stuck at it and it payed of with wins towards the end of the season. Awards for the A Grade side went to Cody McIntosh, Cameron Booth and Magpies favourite Luke Archer. ISC assistant Coach Mat Cameron took out the Montgomery Lister Club Person of the year after his dedication to the Magpies, even strapping on his boots and running out for the A-Grade side when there weren’t enough players. 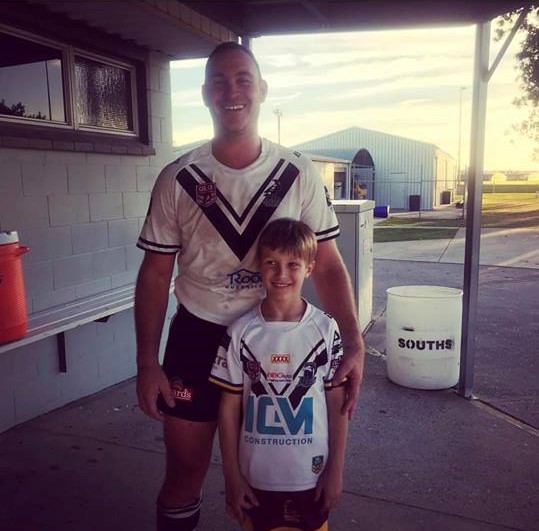 The Intrust Super Cup awards finished of the night. With Best Forward going to Brendon Gibb, Best Back to Sam Scarlett and the clubs Most Valuable Guy Hamilton. Travis Waddell took out the Mick Crocker Memorial. This award recognizes greatness and a strong passion for the game against all odds. The last trophy of the night is the most prestigious award presented in the Club and has been since his tragic loss in 1979. Considered one of toughest players in the Brisbane comp, Pat was headed to Sydney when we lost him. Former winners include Mal Meninga, Chris Phelan, Billy Johnstone, Gary Belcher, Richo Hill, Mat Pitman and Kieran Whalley. The Pat Phelan player of the year is scored every week, when 3 players receive a 1, 2 or 3, the player with the highest points, wins the club player of the year. On 18 points this year’s player of the year was Brendon Gibb. 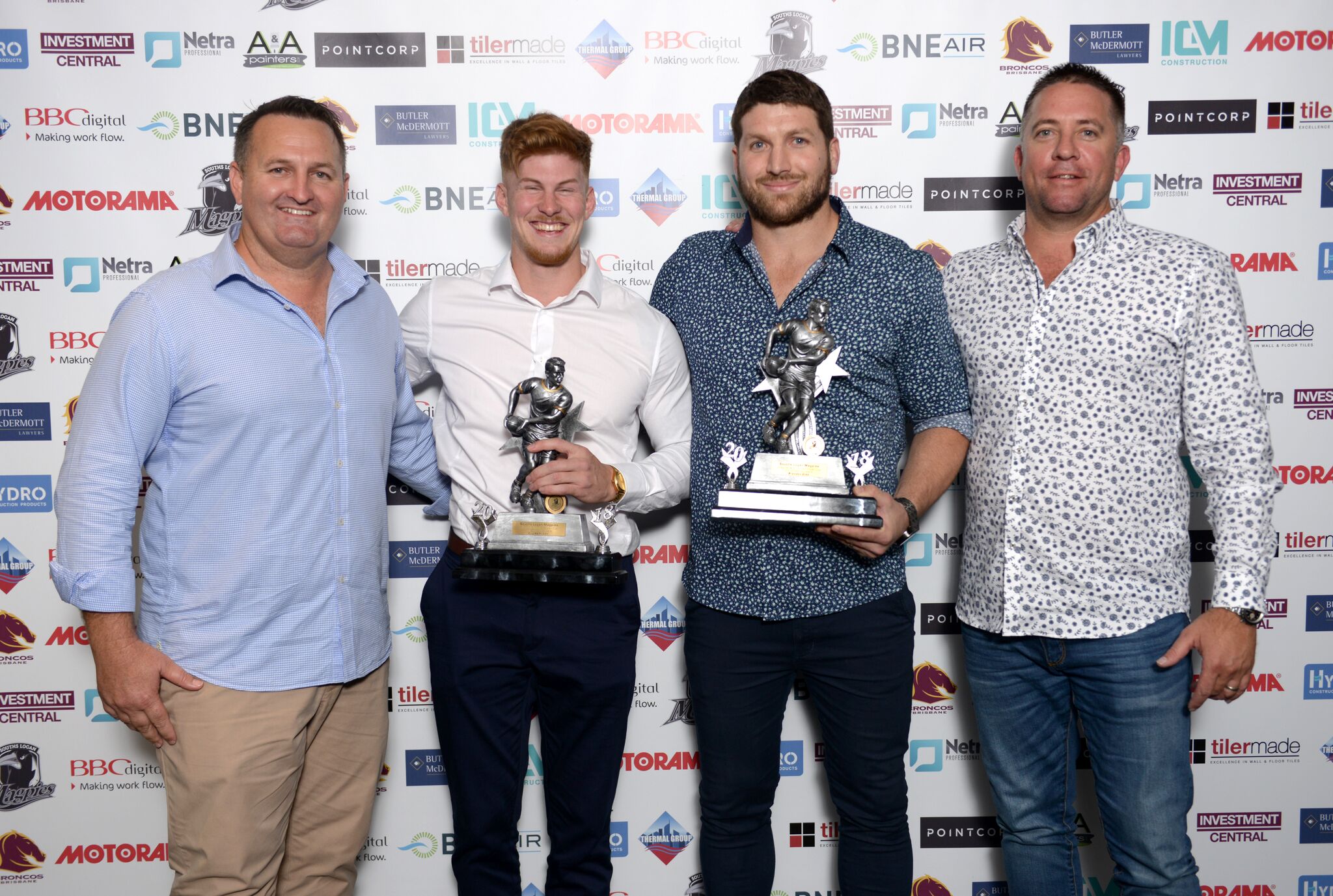