Blog Featured News from the Nest

Hearts were in mouths as the Norths Devils and Souths Logan Magpies staged an early battle for top spot on the ladder in Round 3 of the Intrust Super Cup.

The aptly named XXXX Rivalry Round was treated to a see-sawing battle at Davies Park, with the lead changing four times and both teams deadlocked twice before Norths emerged 26-24 victors.

In the end the tight scoreline meant Burleigh snuck past both teams to the head of the table, with Norths narrowly behind on points difference, and Souths Logan dropping to fourth.

The visiting Devils arrived at a soggy Davies Park without a win in their last eight encounters against the Magpies.

Rohan Smith’s men also managed to be in front for just 14 minutes of the entire contest.

Yet those numbers counted for nothing as they finished first past the post when referee Tyson Brough blew the final whistle.

Signed from the Sunshine Coast Falcons during the off-season, winger Samuel Wright provided the decisive try 10 minutes from fulltime when he dotted down.

With Todd Murphy missing the final kick on goal, the two sides then slugged out the dying minutes of the game as Norths held on to its slender lead.

The first half was a similar arm wrestle, with Souths Logan scoring first via lock Patrick Mago and Norths responding with two tries to blockbusting 111kg centre Chevi Ellis.

Ellis, a former National Youth Competition player with the Canberra Raiders, grabbed his second try with two minutes left in the first half, giving Norths a 12-6 edge.

However, that margin remained for just four minutes, with Sam Scarlett responding in kind for the Magpies with his own double, crossing in the 42nd and 45th minutes.

Norths’ victory means it is just one of two teams in the competition with a perfect record after three rounds. 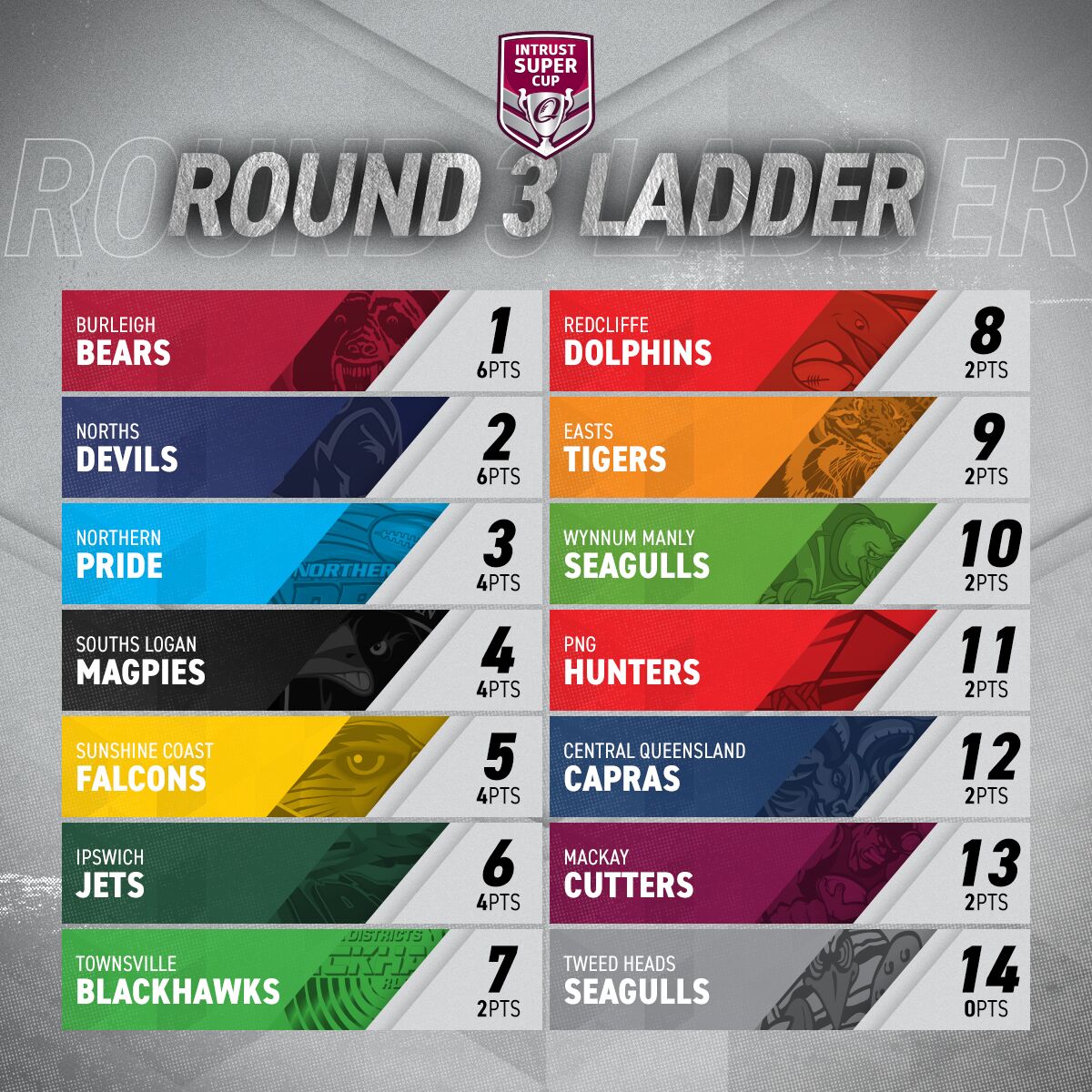