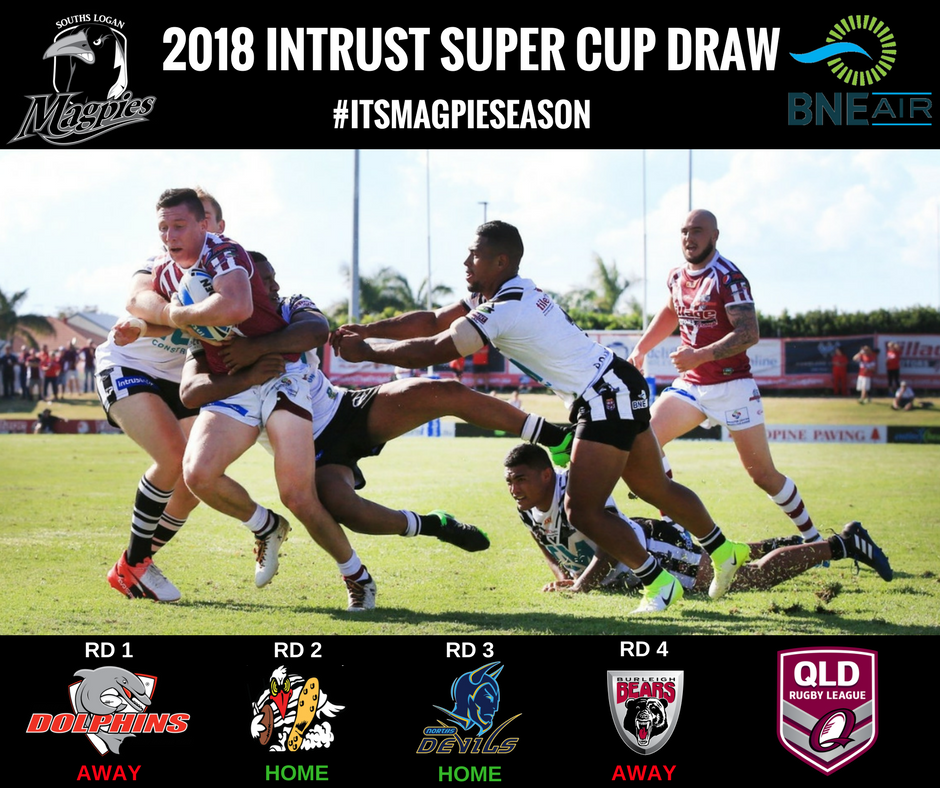 Papua New Guinea Hunters will begin their quest for back-to-back premierships with a home clash against the Ipswich Jets in an explosive opening to the 2018 Intrust Super Cup season.

The Hunters will then hit the road for consecutive weeks, crossing paths with the Northern Pride in Cairns before a highly-anticipated grand final rematch against the Sunshine Coast Falcons in Round 3.

That match is part of XXXX Rivalry Round which will see new and traditional rivals go head- to-head in seven massive games across the state (click here for full 2018 Intrust Super Cup draw).

Other feature rounds in 2018 include:

The 2018 Intrust Super Cup will kick off on March 10, with all clubs playing 11 home and 11 away games, as well as the annual Country Week extravaganza.

Each team will have the first of their two byes in either Round 9 or 10, and the clubs will break for the NRL representative weekend on June 23-24.

Following the representative round, which includes the annual Residents match, the competition will heat up with all teams playing nine-straight matches leading into the start of the finals series.

QRL Competitions Manager Dave Maiden said fans had a lot to look forward to next year.

“We have worked with the clubs to ensure that their requested priority match-ups and event days were delivered,” Maiden said.

“The structure of this draw will also provide more consistency for both clubs and fans, as they will know from the outset that there will be seven games played each weekend outside of the two nominated rounds with byes and the representative weekend.”

Maiden confirmed Channel 9’s Intrust Super Cup coverage would commence with the live broadcast of the Round 1 clash between the Sunshine Coast Falcons and Burleigh Bears.

Following a programming change, television games will now be played on Saturdays, starting in the 12noon time slot before moving to 1pm in April.