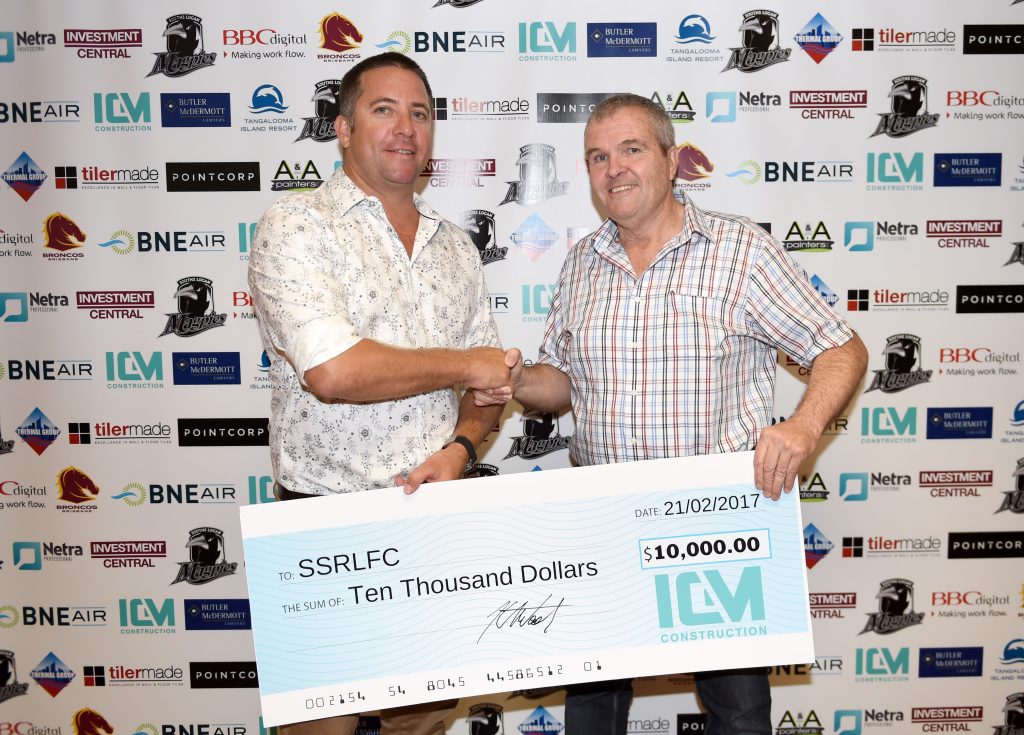 The 109th season was launched in stile for the Souths Logan Magpies, on Tuesday night the 21/2/17.

The full house ensured a great night, with sponsors, supporters and dignitaries along with our playing group, dressed immaculately in their club shirts. The night was under way with a welcome to country from the legend himself Phil Dennis.

The night was always going to be a memorable one with special guests the honourable Deputy Premier Jackie Trad officially launching our season and the CEO of the Brisbane Broncos reminiscing and giving his insite into his time as a Magpie, back in the eighties.

Joining them our new head coach Jon Buchanan outlining his plans for the Magpies in 2017 and a special presentation to former co-captain Andrew Edwards, acknowledging his forced retirement , through injury and his contribution to the Magpies in his eight seasons.

On the night many spoke about the history, pride, passion and loyalty, the very fabric of who we are and that special feeling of being part of the Magpie family. It was a very special moment to acknowledge the work and commitment of one of those individuals, who has been part of the Magpie family, presenting Barry Larkin with Life membership for his contribution to the club for over seven decades. The Larkin family are West End locals, with Barry’s dad Beecher, a legendary figure at the Magpies from the early 1930’s. Well done Barry. Your contribution and that of your family along with all who have gone before us in our 109 year history, is a reflection of that special Magpie feeling.

To all who made the launch such a huge success, thank you and a special mention to the playing group, you are the current custodians of the club and it’s your time to add your page in the story that is the Souths Logan Magpies.